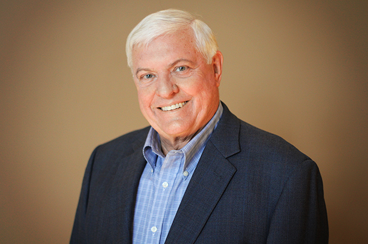 In addition to his method books, Dr. Pearson is well-known as a composer of many frequently-performed compositions for concert band and jazz ensemble. He has led clinics in all fifty of the United States and has been guest conductor and clinician, by invitation, in countries throughout the Pacific Rim, the Orient, Europe, and the Canadian provinces.

Raised in Bloomington, Minnesota, Bruce Pearson has taught at the elementary, junior high, high school, and college levels for over 40 years. In December of 1998, Dr. Pearson was awarded the prestigious Midwest Clinic Medal of Honor in recognition of his outstanding contributions to music education. In 2007, he was the recipient of the Distinguished Alumni Award at St. Cloud State University. Also in 2007, he was recognized as the first Patron for the Maryborough Conference in Queensland, Australia. Dr. Pearson was selected as a 2017 recipient of University of Northern Colorado’s Honored Alumni Award. Additionally, the American School Band Directors Association conferred on Dr. Pearson the 2014 Edwin Franko Goldman Award “as a symbol of high esteem and respect for outstanding personal contributions to the school band movement.” He continues to serve as a guest lecturer, clinician, and conductor in addition to his work as a composer, arranger, and author.