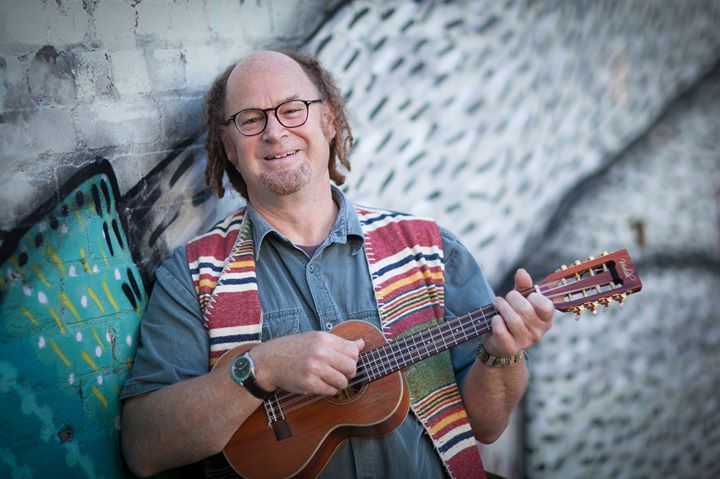 ‘Sing Africa’ is a new publication of ten songs for school and community groups compiled by Julian and fellow musician Lala Simpson which includes music from the Congo, Madagascar, South and West Africa and Zimbabwe. All the songs have strong melodies with optional harmonies and have been chosen for their engaging rhythms and versatility of use. The workshop will guide participants through the songs, accompaniments and movements and the printed songbook is included.

Fee includes the cost of the resource

Julian Raphael (B.Mus, M.Phil, PTCS) is a highly experienced community musician, music educator, composer and performer who works alongside children and grown-ups with a philosophy and teaching style that is influenced and informed by music-making of the world’s cultures. He is director of Community Music Junction (www.cmj.nz), which has been operating in Wellington for the past eleven years, enabling both children and adults to sing together and learn a variety of musical instruments. Julian is a student and teacher of music from the Shona culture of Zimbabwe and is one of a very few New Zealand facilitators of African marimba and mbira.
Julian also tours the country leading choral and instrumental workshops for schools, teachers and singing communities. In 2012 he and Carol Shortis established the Song Leaders’ Network Aotearoa, an organisation designed to support the work of vocal leaders in schools and communities. Julian was a guest conductor at the NZCF’s Sing Aotearoa in 2013 and 2016.
He facilitates the ‘accessible concert’ programme for Chamber Music New Zealand in conjunction with Arts Access Aotearoa and is a passionate advocate of the Arts for All philosophy. As a vocal leader Julian leads the Wellington Community Choir and MaleVocale as well as a number of morning social singing groups where he enjoys accompanying songs and people’s vocal improvisations on the guitar and piano.
Julian is a composer and arranger of music for voices and his recent works include An African Tale (2011), and Sing it to my Face (2014) a collaboration with Jo Randerson & Barbarian Productions. Our Songs, a multi-choir work in collaboration with Hinemoana Baker premiered at the 2015 CubaDupa Festival, and in June 2015 Nota Bene gave the first NZ performance of his song cycle Untold Stories. Julian was commissioned by the Wellington Community Choir to compose Singing People Together for their 10thbirthday concert (August 2015) at the Michael Fowler Centre, and was awarded the 2016 SOUNZ Community Commission to write a work for the ACTIVE youth group which was premiered in May 2017.