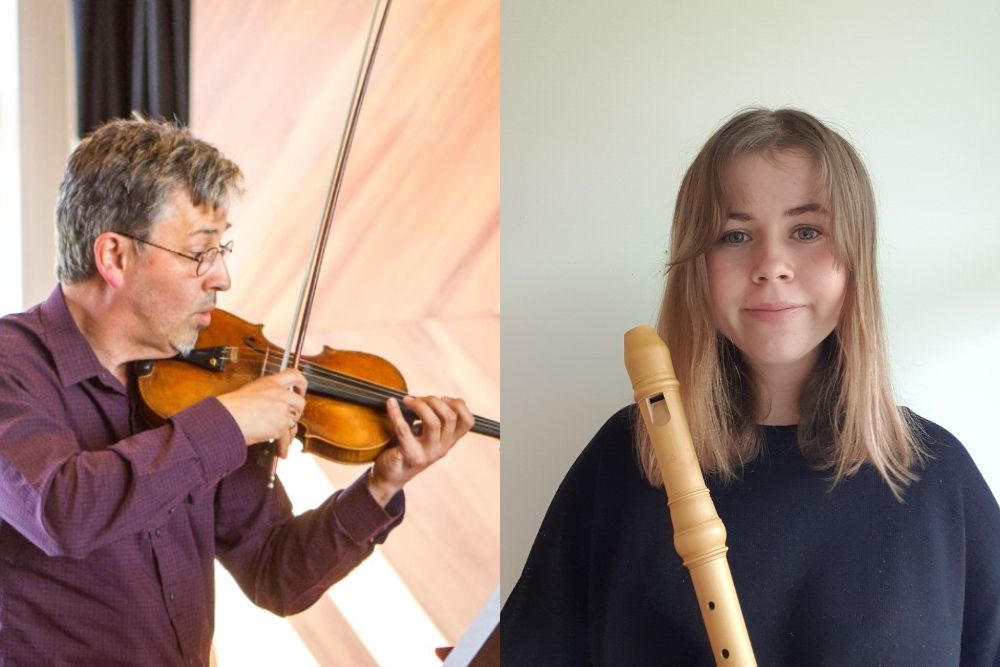 Young gun musician Lily Doak has earned a soloist spot in two prestigious classical music concerts, where she is keen to show what her favourite instrument, the recorder, can do.

The University of Canterbury (UC)’s School of Music presents Together Again in The Great Hall of the Arts Centre Te Matatiki Toi Ora on 22 June, the first in the Arts Centre Chamber Series. The Baroque Music Community and Educational Trust of New Zealand presents “Beatles go Baroque” at The Piano Centre on 21 June, with a similar programme.

Doak, a UC Biochemistry and Music (double degree) first-year student, says she has always loved the recorder – an instrument most music students start with but soon leave behind. Yet the humblest of wind instruments has had a revival, claiming back concertos that were originally written for recorder but have been performed on flute for many years.

Serious about the recorder

“I suppose recorder is the first instrument I played, and I have played others since, but it’s the instrument I am most attracted to because of the freedom and expression,” Doak says.

“Other wind instruments seem to have a lot more resistance. I enjoy the style of music written for the recorder, baroque and the modern music that has been written since the revival of the recorder, and new techniques that have been developed. It is crazy and so different, and I want to show people what the recorder is capable of.”

“The recorder is often considered a school-kid’s instrument, but in fact to play it well at the professional, concert-performance level takes enormous skill and practice. Lily has been an extremely motivated recorder player since she started studies at UC,” Professor Menzies says.

Take Vivaldi’s La Notte, which features on the programme for the upcoming concerts. It was composed for recorder and Doak has been eager to perform it for five years. Now she has the chance and listening to different recordings as she prepared, she found some surprising interpretations, she says.

“La Notte is a journey into the night. A group called Red Priest did a version and they called it ‘the nightmare’ – theirs was as close as baroque gets to heavy metal, they took it to the extreme.”

Doak isn’t taking the heavy metal approach, however audiences are still in for a surprise.

“There are moments of calm and movements where you go crazy and you can’t believe you can play that fast!” she says.

Her other piece is by German composer Georg Philipp Telemann: “It is lighter and explores different musical styles from the French overture to Italian airs; you have to pay attention to the style you are imitating and switch styles within the one piece.”

“The two years she spent studying both music and science while also finishing high school studies was a testament to her talent, her ability to connect on a mature musical level, and her delightful musicality,” Professor Menzies says.

She is a current member of student-founded Seasonings Ensemble at UC. With playing, music and biochemistry to juggle, her time management skills have to be excellent.

“I have a very strict timetable where I plan every second of the day. When I don’t stick to that, things spiral out of control quite quickly. I work better when I am busy, it has made me a lot more passionate about my playing.”

As for a future career, Doak is still working it out, she says.

“I love science and music, so maybe I will become a scientist or maybe I will play baroque music for the rest of my life. I don’t know yet. Right now I am enjoying learning and all the opportunities I have.”